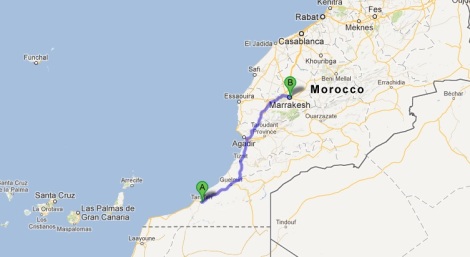 I had a slow start the morning after the last blog. I had a quick coffee and packed in a rush as Dave was ready to go. We had a long day ahead of us as we wanted to push to Marrakech, the one city I have been looking forward to for the last 12000km.

The road was good but as we reached Agadir the road became perfect. We joined the new motorway that connects the major cities in Morocco. We got a ticket at the tollgate and hit the road.

The road was quite scenic going through some mountain passes and a tunnel. My “noise” from the rear wheel was as loud as ever. I turned up the volume on my iPod to try and block the winding noise and to try and forget that I had a huge bill on the way repairing the sucker.

The road from Tan Tan

I have been pushing quite hard from Dakar and everyday was a 500+km day. The roads have been good but it still takes it toll to do that amount of mileage and face a headwind everyday for hundreds of kilometres. We needed a rest day, Marrakech was the obvious choice.

We approached Marrakech late afternoon as we first stopped and tried to figure out where we could find a hotel with parking. Dave led the way and the search started. 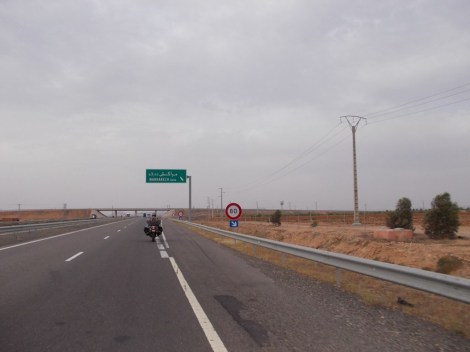 We drove around an hour or so and couldn’t really find a decent hotel at a reasonable rate. I opted to get a local to lead me on his scooter to the Jeema el Fna, the heart of Marrakech. Lonely Planet suggested that the cheap hotels are around the medina in the small souk’s.

The second hotel I found was perfect. They allowed us to park the bikes in the hotel’s little foyer. 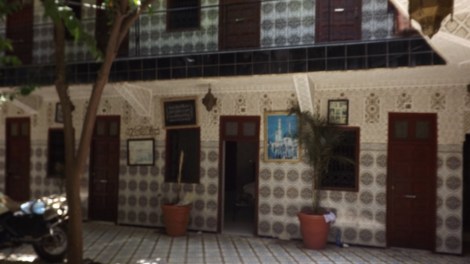 I had a quick shower and grabbed the camera and a couple of bucks and hit the road. The Jeema el Fna is a square in the heart of Marrakesh. It serves as a local meeting place for locals and a hotspot for tourists.

We only stayed 50M from the square so a quick walk and we were inside the sounds and flavours of Marrakech. Dave suggested we start with a freshly squeezed orange juice before we tackle the many food stalls. Dave has travelled the middle east and eastern Europe extensively so the type of culture in Morocco was not new to him. I had a good guide. 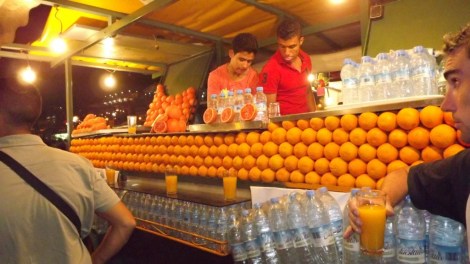 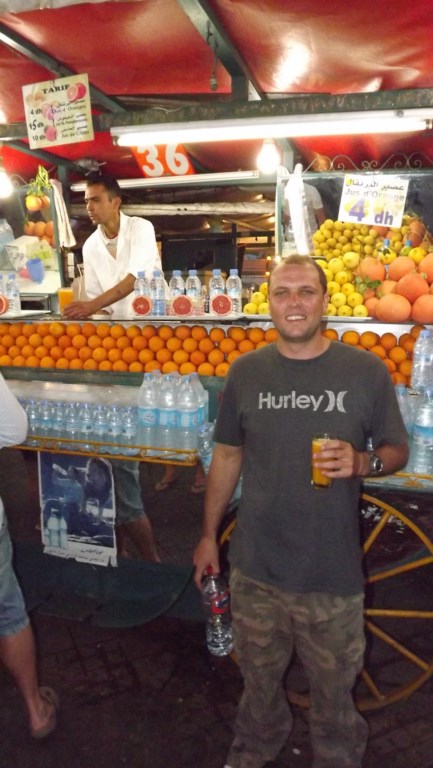 As you walk through all the stalls you are hustled by guys to join there stall for kebabs and couscous. They expertly know how to persuade you to support there stall as all the stalls are exactly the same. I was sold by one guy who saw in my eyes that I was no push over when it comes to a hard sale. He tried the normal bubbling about how he serves local Moroccan food and how couscous is so traditional blab la bla. He did however snap out of the normal lines and looked at me and simply said: We sell the same food, same price, so only competition. I joined his stall. He had a vibrant old fox behind the pots! She just loved posing for photos displaying her cooked veg.

After dinner we walked around and Dave bought some dried fruits. 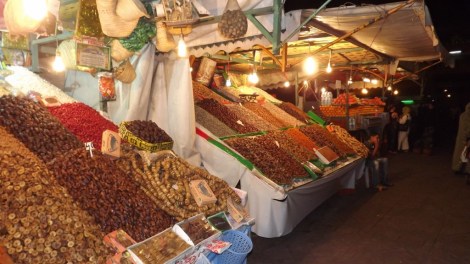 I was tired and looked forward to the retreat of the hotel room.

I was up early today, excited about seeing Marrakech. Around the corner from us I popped into a small shop. I got my breakfast which consists of a round bread, boiled egg and cheese. Fantastic for R7/$0.7.

Dave and I walked through the souks were everyone was ready to make a sale. From peppermint tea to leather sandals were flashed in front of us as we walked through the colourful stalls of the Jeema el Fna. The aromas in these little alleys were just great. Imagine mixing mint tea and brand new camel leather and the smell of 2 stroke oil from the little scooters. Its good! 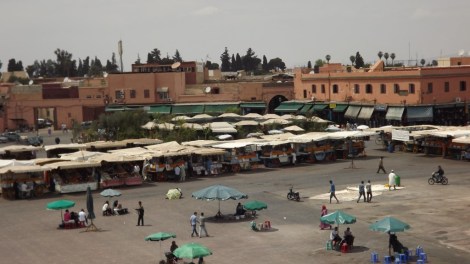 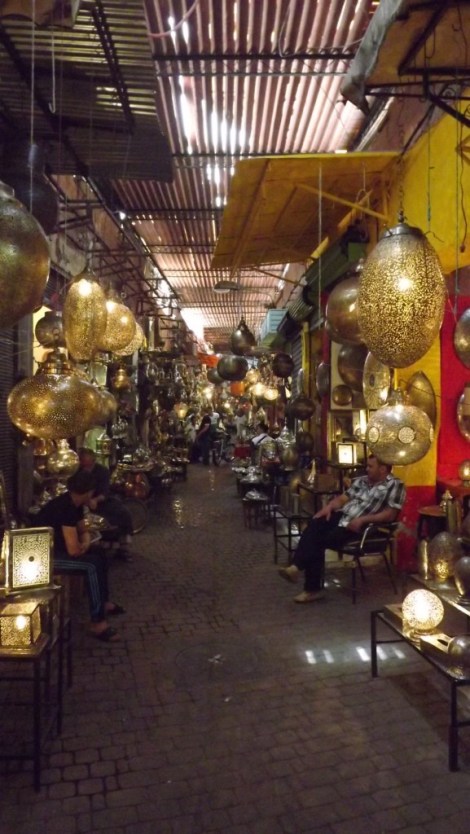 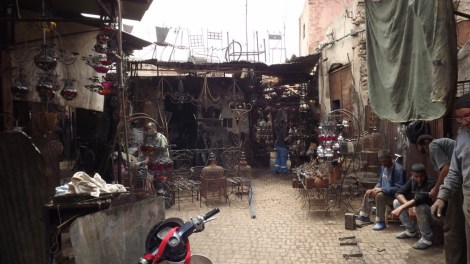 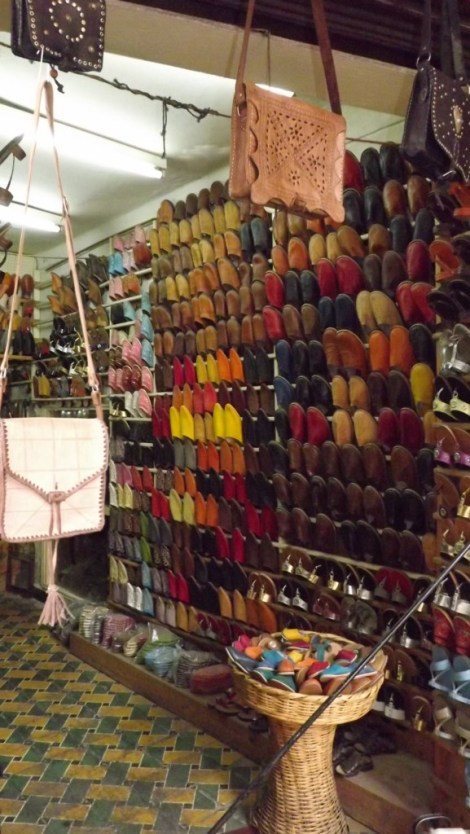 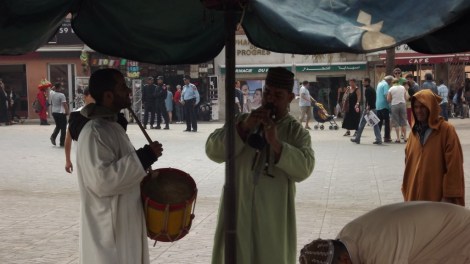 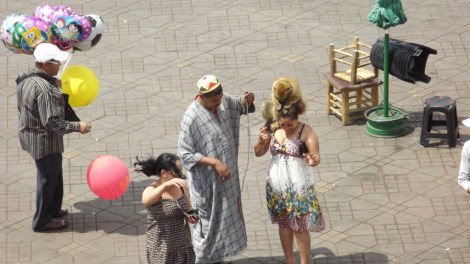 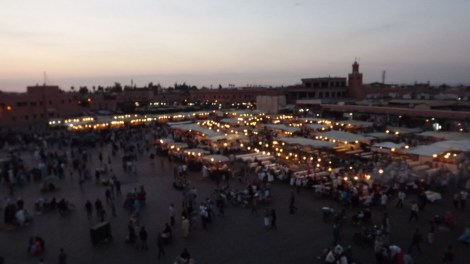 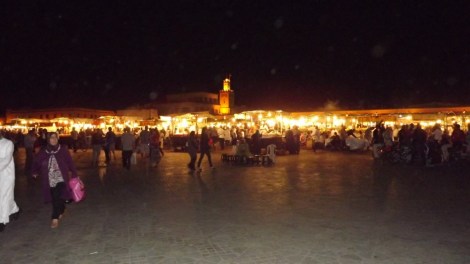 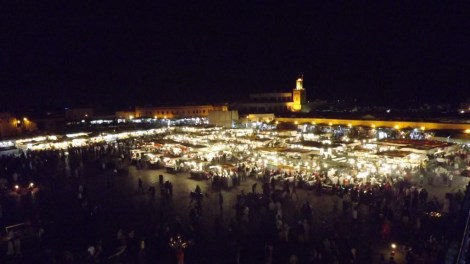 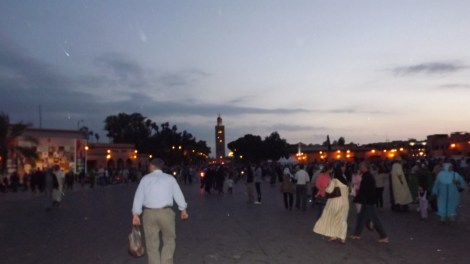 Dave went to the Hamam for a massage, I wasn’t to keen to get another bloke to rub me down so I gave it a pass and went to the Palais Badia. Its rumoured to have been one of the most beautiful places in the world. 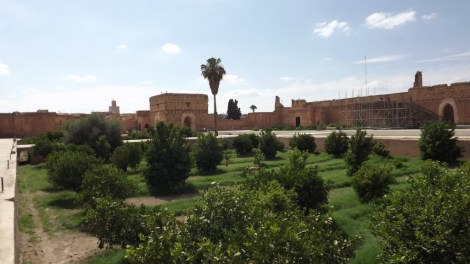 I am sure it was, but didn’t really stir up many emotions inside me.

By know my feet had blisters on them so I decided to head back and meet up with Dave. We went to the local Chich Kebab spot around the corner from our hotel. Its serves great chicken schwarmas for only $2.

I got some wifi and looked up BMW dealers as I had to start making plans to get this “noise” from the rear fixed in spain. I suspected final drive bearing failure. I started searching and found out that Morocco has a BMW dealer. I phoned then in Casablanca and they advised me that there is a dealer in Marakesh. What!!!???

I got them on the line and they said to pop in. I drove there and met up with the crew awaiting my arrival. The head mechanic came out and checked the play on the final drive. He said it seems normal. I handed Ali over to him (I got a name for my steed. Ali. Just because he is a boxer). The mechanic came back and just showed me a thumbs up. He said the tires are destroyed and that’s what’s causing the noise. Relieve!!!!

I got back and waited for Dave to see the town again.

I took some photos of the square as people started piling in. We had some orange juice and caught a cab and instructed him to head us in any direction were a man can buy a beer. He dropped us a some hotel with a roof top bar. We ordered a Casablanca, fell on our backs when we saw the price, drank the beer slowly and headed to the hotel for a nights rest.

The bar with beer. 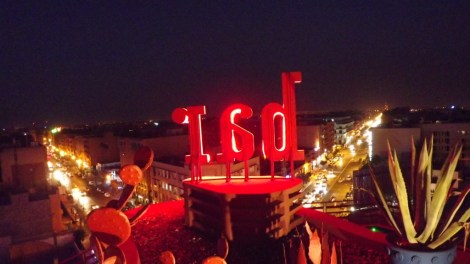 Marrakech has been mind blowing! Its such a cool spot. The place is geared for tourism, the locals are really friendly even the people that don’t want to sell you anything.

We head for the Atlas mountains tomorrow. See you there.